The Bible and A Dysfunctional Family 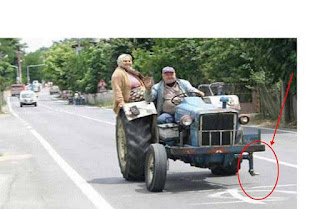 The Bible talks a lot about families. The very first institution ever created was a family. Adam and Eve lived in very nice surroundings with everything they needed. Despite that, they wanted even more and ended up in a serious mess. Then their mess led to dysfunctional systems that are still going on.

The Elder Son of the first couple was named Cain. His little brother was Able and sibling rivalry was a serious problem. It progressed to such bitterness that Cain killed his brother. That kind of rivalry and violence continued to plague families and extended families for generations. It was a problem down the line of generations the time of Jesus.

In fact, Jesus used family dysfunction as a parable to instruct us about the Kingdom of God. In Luke 15 we read about a man that had two sons. One decided to challenge his dad and demand his inheritance right then. Such a thing was unheard of because it indicated he wanted his father dead!

Allow me to stop typing so you can visit that place in the Bible and read it for yourself. Read it slowly and carefully. Assume it is the first time you ever heard it.

Who are the cast of characters?
What happened to each of them as the story proceeds?
How did each react with anger or respond with care?
Can you give each actor a name for the role he played?
Can you see this kind of scenario being played out  in families today?
What was the purpose of this teaching story?

Come to my classes at the Vineyard in Tri County starting tonight for five weeks.

Get my book, How to Be Me in My Family Tree at the eBook Store.