Preaching at A Historic Church

Gary in the Pulpit of the New Hope Free Will Baptist Church founded in 1895. 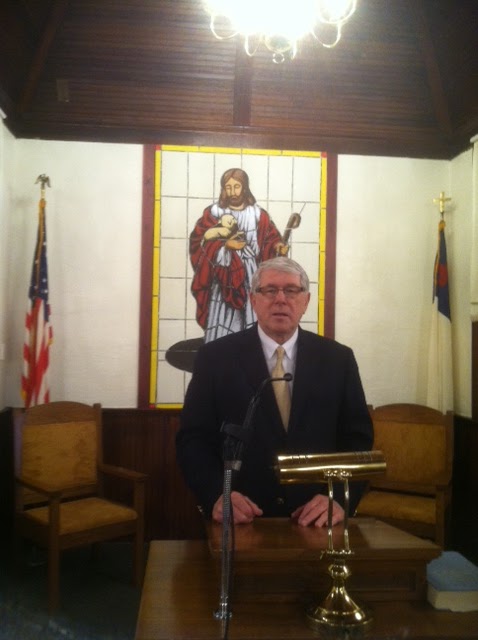 The oldest church in which I ever spoke was built in 1044 in Christiansand, Norway. Originally built as a Roman Catholic Church it was turned into a Lutheran State Church after the Reformation. I stood in the raised pulpit of that ancient building eye level with the congregation seated in a balcony built in the 1900's when attendance was high.

But it was not the most special in my mind even though it was constructed 22 years before the Norman Conquest of the British Isles. (The Normans were, by the way, grandchildren of the Vikings who had conquered France two hundred years before and now conquered Britain.) The most thrilling historic church building was constructed rather recently in 1913 in a rural setting in southern Illinois farm land just outside Spring Garden and three miles from the thriving village of Ina, my hometown.It was formed by a small group of Spirit-filled Baptists, including my Great Grand Parents in 1985. More on that story later.

The picture of me in the pulpit of The New Hope Free Will Baptist Church was taken 100 years later in 2013 when I spoke at the dedication of a new Fellowship Hall. It was a great thrill to relate the revival that sparked the founding of New Hope Church to the revival in my life that led me to a career in preaching, teaching and missions. 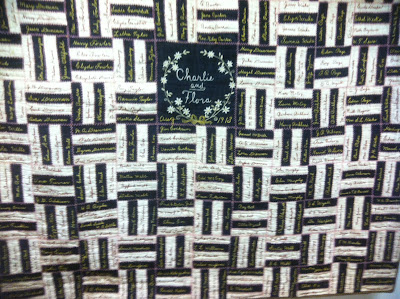 This home made quilt was constructed of squares that were sold and raffled off to raise money to build the church building. The winning family name is in the middle. My Great Grand Parents and Grand Parents names are located just to the left of the middle square. 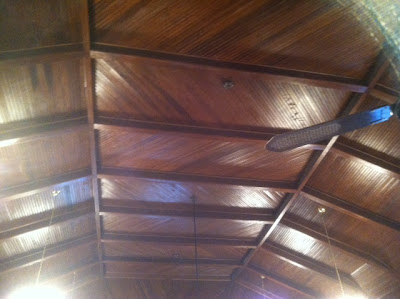 Above is a photo of the beautiful, hand crafted ceiling of New Hope Church. It is built like the bottom of a boat with hand laid, narrow boards at an angle and wonderfully lacquered with a brown finish.