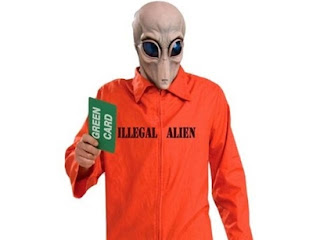 Are you acquainted with how mass movements, and mass hysteria get started? The research about mobs, riots, and other such events is deep but rarely shared with the public.

One of the first research studies I read in Graduate School at Southern Illinois University was on that topic. Looking back I can see how providential it was to study mass movements because the Sixties saw a great increase in mobs and riots.

The name of the article was "When Prophesy Fails" and it tells about a research study on how groups act when their most cherished ideas fail. Because of past experiences, the researchers thought the group would react not by giving their ideas up but by pushing harder for their fomer position.

The group heard about a female prophetess in Chicago who was saying the end of the world was coming at 12:00 Midnight on September 26. The cult was gearing up to be transported to a new planet by Aliens in a UFO just before the end arrived.

A small band of researchers infiltrated the group and took notes on the behavior of the members as the predicted time came and went without any UFO to take them away to Nirvana. After no UFO show there was confusion and a bit of panic at first. Then the Prophetess received another prophecy. She said that their pure hearts and obedience had been sufficient to save the planet and the end was postponed. The group not only refused to walk away from the original prophesy and the cult leader, they doubled down on it and became even more fanatical about her ideas.

This seems to be similar to the Mind Merging that can occur in an addiction and mobs. I have worked with a lot of people engaged in harmful behavior, including addictions. At least 90% were smart enough to know drugs, smoking, overeating, etc were dangerous to them but that alone did not stop them from using. They keep holding on.

I have also studied mob behavior on campus and saw personally how a crowd can become a mob that causes everyone's individual mind to meld into a glob of insanity about some idea with no rational thoughts. Mobs do things that 99% of the people would refuse to do if alone.

Think about the last election. How does it remind you of mob thinking, especially after the certainty of the politicians', pundits', and medias' prophesies failed to occur. Did the "prophets" quietly admit they were wrong and say, "Well, next time we will do better?" Or, did they claim they were correct and deny that the election was won by their opponent? The UFO did not show up because it was hijacked! I am not blaming the people that lost for their incredulity. Anytime we have strong beliefs about religion, politics, and even sports we must explain the unexplainable somehow.

The paper, "What Happens when Prophesy Fails" predicts denial that their prophesy failed, and a call to fight the fake winner. The psychology researchers suggest that our need to be right causes us to reject any ideas that contradict our beloved position. WE call it "Cognitive Dissonance" and means we tend to reject anything that contradicts our fervent beliefs.

The Bible calls us to "Know reality and allow it to set us free" by listening to Jesus. John 8:32 Denial is an inability to actually see and respond to the truth; facts; reality. Whenever we have so strongly immersed ourselves in a political, theological, relational, or behavioral idea, it is very  difficult to actually hear the truth, let alone change ourselves.

One of the cures for perceptual blindness is the promise of Roman 12:1-2. My eBook downloadable  PDF book, Power Christian Thinking can help you adjust yourself to the truths of God.
www.sweetenlife.com/store