A Testimony to One of God's Chosen 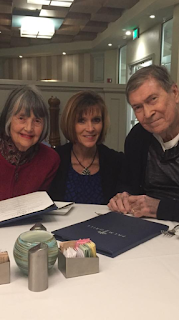 On the occasion of the birthday of my friend Larry Chrouch I decided to write a brief testimony. Many wonderful thing could have been said about Larry but I am limited in time and space. Larry passed away in January and I wanted to mention his impact again.

Larry and Ellen Chrouch have been my partners in ministry for decades. He was a successful businessman when the Lord grabbed his attention and they ended up in our Discipleship Ministry at College Hill Presbyterian Church in the 1970's. Since then, Larry, Ellen and I have been involved in designing and carrying out ministries all over the earth.

There are only two or three people I quote more than Larry and they are all characters in the Bible. I never teach a seminar or train a person that one of Larry's wise and unforgettable sayings comes to mind. Not only do we all regale at his sayings and sermons, we also fondly remember the many things Larry, and Ellen, have done to take the good news in theory and practice around the world.

One of the most profound events happened in January, 1986 in Oslo, Norway. We were simply visiting with the Norwegian leaders one evening before we were scheduled to speak the next day. We all know that Larry cannot just visit without telling those wild, wooly, and true, God stories. He and Ellen had dinner with Kjell-Petter Dahl, the chairman of the OASE movement, and ministered to his wife and him in sharing, prayer and listening. The couple was truly impressed and blessed.

Kjell-Petter asked Larry and Ellen to share some of their experiences with the entire group at an open time after worship and to allow the Lord to show up as He wished. After they spoke for a few minutes, the floor was open for discussion.

Kjell-Petter then announced, "The Americans will now answer all your questions!" Despite such an awesome challenge, Larry handled it beautifully even though he said he was "Only coming on the trip so he could, Carry my bags!"

The final question revealed a lot about the mindset of so many people when it comes to healing. It also says a lot about about Larry's ability to minister in tough situations.  The question went something like:

Silence fell on the group. I was happy that Larry was on the hot spot instead of me. He handled it beautifully.

"No," Larry said, "It is not the people's great faith but our faith in a great God that matters."

At that, Kjell-Petter stood and said, "Anyone who needs prayer come to the altar and the Americans will pray for you."

The rest of the evening was filled praying for a hundred Scandinavian pastors and leaders. The gifts of the Holy Spirit flowed in a marvelous and miraculous manner. Larry's talk and warm interactions with the Norwegians set up all that occurred later. His quick wit and deep faith opened the door again and again for the Holy Spirit to move in love and power.
We are blessed by the memories!

Follow us by clicking the link!
Posted by Gary Sweeten at 12:03 PM No comments:

Kids that Fail to Act 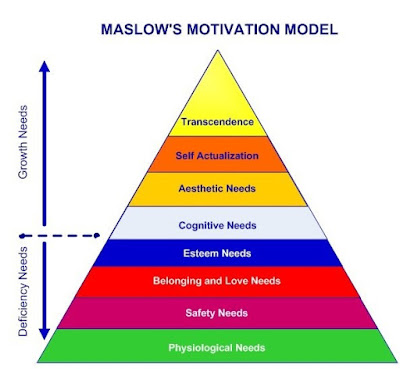 Carl Jung, along with Freud, Skinner, Rogers, etc founded the study of the soul from a secular and medical position. For thousands of years the psyche had been the arena of Hebrew and Christian Priests as well as Buddhist and Muslim Teachers. Then, the mental and emotional issues faced by all humans became the interest of Physicians.

But Jung, like many, cam to the field as a person that has struggled mightily with his own deep struggles.  He is quoted by  Lisa Marchiano as writing in his book Memories, dreams, reflections,


When Jung was a 12-year-old schoolboy, he was shoved to the ground by another child, hitting his head on the pavement, and nearly losing consciousness. Instantly, Jung grasped the opportunities created by this attack.

At the moment I felt the blow, the thought flashed through my mind: “Now you won’t have to go to school anymore.” I was only half unconscious, but I remained lying there a few moments longer than was strictly necessary, chiefly in order to avenge myself on my assailant….

From this point forward, Jung began having fainting spells whenever he returned to class or attempted homework. For six months, he did not attend school. His worried parents consulted doctors, and sent him away to convalesce. Jung described this period as “a picnic.” Beneath the giddiness, however, he sensed something was amiss.

I frittered away my time with loafing, collecting, reading, and playing. But I did not feel any happier for it; I had the obscure feeling that I was fleeing from myself.

Eventually, Jung forgot how his infirmity arose. His invalid status was taken for granted, and he didn’t question it or concern himself with a remedy, until he overheard a conversation that shook him into awareness.

Then one day a friend called on my father. They were sitting in the garden and I hid behind a shrub, for I was possessed of an insatiable curiosity. I heard the visitor saying to my father, “And how is your son?” “Ah, that’s a sad business,” my father replied. “The doctors no longer know what is wrong with him. They think it might be epilepsy. It would be dreadful if he were incurable. I have lost what little I had, and what will become of the boy if he cannot earn his own living?”
I was thunderstruck. This was the collision with reality.
“Why, then, I must get to work!” I thought suddenly.
At that moment, Jung became a “serious child.” He went straight to his father’s study and began working intensely on his Latin grammar.
After ten minutes of this I had the finest of fainting fits. I almost fell off the chair, but after a few minutes, I felt better and went on working. “Devil take it, I’m not going to faint,” I told myself, and persisted on purpose. This time it took about fifteen minutes before the second attack came. That, too, passed like the first. “And now you must really get to work!” I stuck it out, and after an hour came the third attack. Still I did not give up, and worked for another hour, until I had the feeling that I had overcome the attacks. Suddenly I felt better than I had in all the months before. And in fact the attacks did not recur. From that day on I worked over my grammar and other schoolbooks every day. A few weeks later I returned to school, and never suffered another attack, even there. The whole bag of tricks was over and done with! That was when I learned what a neurosis is.1

An awkward and aggressive boy who was not well-liked by classmates or teachers, Jung must have welcomed the opportunity to escape from school. At childhood’s twilight hour, faced with the looming demands of adolescence, Jung withdrew from the world. For a while, his fate hung in the balance, as he drifted towards the possibility of permanent, self-imposed marginalization and infirmity.
When I was a Counselor and as a Pastor I often saw this phenomenon manifested in some of the families that came to see me. The parents often wanted guidance about how to "Motivate their son or daughter to get engaged in life and stop acting like a victim." In one Asian nation there was an epidemic of kids unable to attend school because each morning they came down with extreme stomach cramps. The worried parents were faced with a dilemma. Their child seemed really sick yet missing school meant a life of poverty and failure.
It seems that that same epidemic has hit America. More and more young people refuse to drive, get out of bed, stop endless hours on the internet and generally fail to launch into life. It is a major concern to see so many ordinary and otherwise healthy kids stop living. They are acting an awful like young Carl and refusing to move up the Maslow Hierarchy.
What is going on?


Posted by Gary Sweeten at 5:15 PM No comments: