In my past few posts I have offered an example of how Communism/Socialism attempted to destroy Russia and the Eastern Bloc. It was a simple approach: attack the Family and the Church, the two institutions most responsible for the health and welfare of the people of Russia.

Let me be clear, the social, psychological and spiritual condition of the Russian people were not stellar.  There was little freedom of expression and very poor economic conditions. The royalty and top business people had much and the peasants little. However, despite promises of liberty, prosperity and freedom the USSR brought further distress, oppression and pain. A few in the top tiers of the Communist Party had the best of everything and those lower on the ladder got almost nothing. Additionally, they destroyed the Church which had always tried to assist the poor.


After the Law of 1929 and the capitulation of the Church, what happened? The Soviets got exactly what they wanted. As one wag noted, “It is easier to get a divorce in the USSR than to sign out of your office for a walk in the park.” (All building entries and exits were restricted in the Soviet Union.) Socialism triumphed and people suffered greatly.

The positive link between religious faith and health is undeniable. Stalin's hatred for the faith of his Priest father knew no bounds.  Despite the terrible effects on the Russian people Stalin and his gang insisted on destroying the church and its leaders. Remember what they did to try to kill the faith of the people.

The main target of the anti-religion campaign in the 1920’s and 30’s was the Russian Orthodox Church.  Because it had the largest numbers of faithful followers and the most clergy it suffered most. Nearly all its clergy, some 92,000, were shot or sent to labor camps. Theological schools were closed and church publications were prohibited. By 1939 only 500 of over 50,000 churches remained open and about 12,000 were destroyed or used as museums for atheism.

The average adult woman has had 8 to 10 abortions. Alcoholism is rampant. Domestic abuse is common. Violence is pandemic.  The President is a Russian Colonel in the KGB.

Remember, the most devastating event occurred not in outright persecution or killing but in a subtle act of the Central Committee. On April 8, 1929! That is when the Orthodox Church gave in to tyranny.

Gary and Galina at Red Square in Moscow City Center. 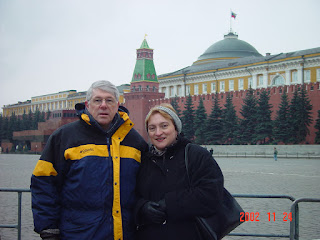 A group attending our classes in Moscow's largest Orthodox Church. These kinds of meetings were forbidden under Communism. 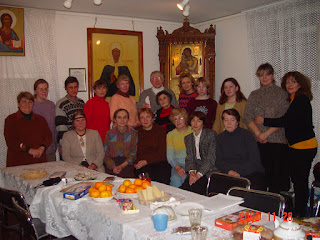 Posted by Gary Sweeten at 4:48 PM No comments:

How to Destroy a Nation by Attacking Christians 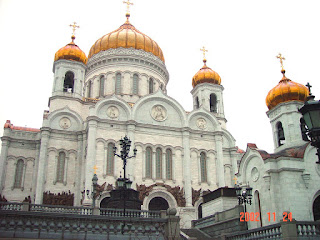 Cathedral of Christ the King was destroyed by Stalin but has been rebuilt.

The main target of the anti-religion campaign in the 1920’s and 30’s was the Russian Orthodox Church.  Because it had the largest numbers of faithful followers and the most clergy it suffered most. Many clergy, some 92,000, were shot or sent to labor camps. Theological schools were closed and church publications were prohibited. By 1939 only 500 of over 50,000 churches remained open and about 12,000 were destroyed or used as museums for atheism.

Perhaps the most devastating event occurred not in outright persecution or killing but in a subtle act of the Central Committee. On April 8, 1929, the Party made the following decree about the church.

You say you are not of this world. Well then, there is nothing for you to do in this world. That is why I forbid the church to set up benefit societies, cooperatives of industrial societies, to offer material aid to your members, to organize children’s and young people’s groups for prayers and other purposes, or general, biblical, literal or handicraft groups for the purpose of religious instruction and the like, or to organize groups, circles or sections; to arrange excursions, kindergartens, open libraries and reading rooms, organize sanatoria
or medical aid. This forbids the development of all charitable foundations, Christian worker groups, and giving food, clothing and shelter to members.

Although this was a terrible thing the most devastating result, according to Solzhenitsyn, was agreement by church leaders. As a result, the focus of the church became “other worldly” so the church’s entire practical ministry to people was lost.  The spiritual life of prayer and the after-life was the only emphasis. Pastoral care, childcare, counseling, marriage, family life, medicine and economic issues were totally neglected. The church answered the Party by saying:

You are right to prohibit these things. We only multiply our sins by occupying ourselves with good works. We have not yet learned to pray-how could we get involved in kindergartens. The church is for prayer and not for worldly cares.

This reduced the church from teaching about new life and the care of body and soul of the faithful to an emphasis of caring for only one’s own soul. This led to a lack of interest in social relations, family life, work, health care and Christian growth. This was a return to the Gnostic heresy that sees the body as dirty and evil and the spiritual nature as holy and pure.

Does it sound like any church leadership you know? What leaders attack psychology, medicine, helping the poor and good physical conditioning?

Go to our bookstore and You Tube Video library for materials on how to heal the whole person.   Support our ministry in Russia.

Posted by Gary Sweeten at 6:08 AM No comments:

How to Destroy a Nation 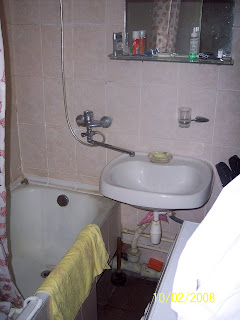 
For the past few days I have been overwhelmed with events and activities plus very high blood pressure. Maybe the two are related. Here is my next post in the series about how to destroy a culture, a nation and a people for generations.


Anyone reading the Communist Manifesto with an open mind will be shocked to see the space given to the destruction of the family, rearing children away from their parents in state schools and to wife sharing. All modern left wing movements adopt the slogans for the sexual revolution, gay rights, abortion, divorce, and devaluation of marriage and destruction of gender.

The left wing Japanese Red Army became famous for a series of murders based on these ideas. They hated members who refused to totally split from family members. Many were sentenced to death for “acting like a husband or wife”. The partner had to carry out the killing to prove his/her loyalty to the Socialist ideals.

Modern Socialists are not carrying their ideas that far in most places today but the killing of the soul continues  all over the world in Left Wing politics.


The basic principles of socialism are: Abolition of private property, destruction of religion, destruction of family and destruction of individual human rights. All such groups think sex within marriage is one of the worst things imaginable. Women and children always suffer the most from these socialist regulations for they are given the hardest work.  (P 30)

Look at the ideas, policies of the Left. They continue to promote the death and destruction of parenting, family relationships, sexual fidelity and harmony from generation to generation. Look at Russia and the former USSR. It is the only nation in modern history where the health and welfare of the populace has fallen dramatically. The reason, Socialist governance that attacks family life, religion and caring relationships.

Sweeten Life Is dedicated to and actively involved in promoting Great relationships with God, self and others with a special emphasis on building great families. 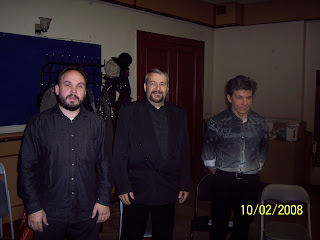 Go to Sweeten Life for materials on healing the family.

Posted by Gary Sweeten at 10:26 AM No comments:

How to Destroy a Culture and Country

Have we ever seen the demise of a nation  and culture? Especially in  modern times. More to he point, have we ever seen a culture attacked with the specific desire to destroy it? Yes, we have.

The country is Russia or more broadly several nations associated with Russia and called The Union of Soviet Socialist Republics. Let us look at the current health and welfare situation in the former USSR.

Now, some 75 years after the Russian Revolution in 1917, despite supposedly free health care, the Russian people are experiencing alcoholism rates of over 50% among adult males. Premature death is rampant.  Hospitals are in awful shape. I visited the #2. Cancer Hospital in St. Petersburg in 1995 and it looked as if it were in the Thirties in terms of medication and technology. Of all modern countries, only they have a decrease in longevity.

What happened to keep one of the richest countries on earth so poor? Why do so many live in hovels and cardboard huts when the gold, silver, diamonds and oil reserves are as great as any nation on earth?

There are several answers but none as important as what the Communist Party told the churches in 1929. Have you ever heard of The Law of 1929? Before reading the next installment, take some time to guess what they required the churches and especially the Russian Orthodox Church to do and not do.

Go to our web to see how we bring health and healing to Russia.

Posted by Gary Sweeten at 12:01 PM No comments: