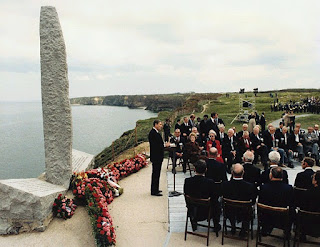 It has been 73 years since D Day and few people keep it's memory fresh in their minds. I do not, and I am sorry. I read a nice story in the Wall Street Journal today that has a link to the speech Ronald Reagan gave at the 40th Anniversary. It was a tremendous speech that promised the people on Europe that we in the US would stand with them anytime they need us.

Here is that fantastic speech. It is worth listening to it just for how well it was written and spoken.

President Trump mad that same promise when he was in Europe at the NATO meeting recently and reemphasized it today.

Posted by Gary Sweeten at 5:46 PM No comments:

There was a great article published some time ago by a Psychiatrist that is worth reading by professional Counselors and parents. The author is Mark Goulston, M.D. a Los Angeles based psychiatrist and the author.

I read it on Twitter and think my readers might benefit from it though it was written in 2007 it is still relevant to families.

If you want to better understand yourself and your family get my PDF book on family systems. It is called How to be me in my Family Tree.

You can start helping your self by assessing your own family.

The Power of God's Spirit on Pentecost 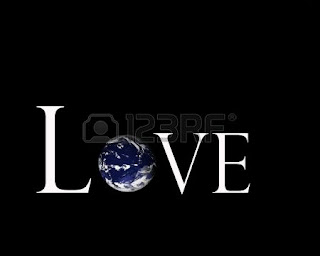 As the Western countries move away from faith and scripture we focus more toward treating others with disrespect. In the Roman Empire Greek thinkers Plato and Aristotle taught that killing babies after they were born was a good idea. Just as killing Gladiators was seen as a fun sport killing girl babies was thought to be great for family health.

Christians went out to the fields and mountains where the Pagans dumped little girls to be eaten by wild animals and saved them from death. This started what we now call orphanages! The small, house churches grew because women were drawn by a religion that protected them and their babies. They brought their children and husbands and many came to faith in Christ.

Christian women were free in the church. They were not forced to marry at 12 and 13 years of age. They led the churches and used their gifts. Today is Pentecost Sunday when the Spirit was poured out on men, women, slaves, Greeks, and Jews just as it was promised in Joel 2:27-29


You will know that I am present in Israeland that I am Yahweh your God,and there is no other.My people will never again be put to shame.


Get my book, The Healing Release of the Holy Spirit might help you understand.


Posted by Gary Sweeten at 5:47 PM No comments:

Many people think that folks engaged in drug use need to be motivated because they are not motivated. Drug users are motivated. Indeed. To use drugs.
Posted by Gary Sweeten at 2:14 PM No comments:

The 4 Factors of Healing

Some things work and some don't.

Each factor is important but some are more influential than others. Good therapists want to know how to be more effective so here are the facts from forty years of research. The special knowledge, techniques, advice, medicine and brilliance of the therapist is worth about 15% of a successful outcome.

When a doctor gives a depressed patient medicine, suggests that he exercise, offers insights about the family system or reinforces good self esteem it counts for something but not much. My professional colleagues are disappointed to learn that the thousands of dollars spent on graduate school and all the materials they have mastered over the years make such a small difference to the client.  The Peer Counselors are ecstatic.

If it doesn’t work stop it

The faith and hope of the client 15%. is worth about the same as the professional’s insights and knowledge.

Many of us can tell stories about how a patient refused to give up and was healed or changed. As Jesus said, “Your faith has made you whole.” There is no technique or treatment plan more effective than the client’s faith. Belief will have a more consistent payoff than any single treatment intervention.

Hope for change is as effective as cognitive restructuring, positive reinforcement, family interventions, medication, etc. Eclectic therapists use a combination of treatment techniques because no one technique is always helpful. However, the client’s faith is always helpful.

The third factor is worth about twice of the other two. The client who sees his therapist, nurse or doctor as caring will have a 30% boost in getting better. Research has even discovered that one of the “magical keys to caring in the helper’s Genuine concern, Respect, the Empathic understanding for the client’s situation and her Warm relationship to the seeker.

We call them the GREW skills.

Finally, we come to the factor that makes the most difference. It is also the one over which helpers have the least influence. The client brings it to each session. It is her level of motivation and the support she gets from family, friends and coworkers to make the healthy changes in life.

These account for 40% of positive outcomes. It is very important to seek ways a client can increase her motivation. All clients are motivated but not to do what we want them to do.

Second, it is critical for clients to get a lot of support for change from family and friends.  The personal faith of the client and the support of her faith community add greatly to her motivation.

This is why church and Sunday school attendance are important in motivating positive teen behavior.  Money, family dysfunctions, discipline styles or IQ pale in comparison to parents, Sunday school teachers and Christian friends to prevent sex, drugs and violence among youth.

See our books and materials here.

Posted by Gary Sweeten at 12:54 PM No comments: